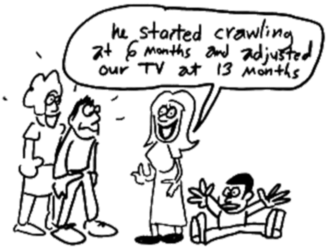 My audio taste buds were wetted in my pre teen years when I picked up a Stereo Review magazine at the library, back when subscriptions were $4.99 a year! I quickly learned all I could about my new hobby, from DIY speakers to PA systems, acoustics, and video. I started subscribing to Stereophile magazine back when it was in the smaller Reader's Digest size format, devouring the in depth equipment test reports. While in high school, I acquired a volunteer DJ shift at a low power college radio station, and I also was a member of the station's engineering committee for a couple of years.

My first full time job was at Sound Waves, a car stereo/home theater chain in Ohio. While at Sound Waves, I attended a seminar by Rockford Technical Training Institute that covered such topics as subwoofer enclosure design, car stereo crossover design and equalization, etc.

I left Sound Waves to further my education at Circleville Bible College, where I honed my skills as a sound technician. As a student, I initially volunteered to run sound equipment for various occasions. I was soon recruited by college staff to be the sound tech for most college events, including banquets, chapel services, and concerts. I went on tour with their traveling singing groups and choir, setting up and running sound systems. While in college, I worked part time at Radio Shack.

I then spent more time working at Radio Shack and Sears, where I worked in the home theater/electronics department. In 1995 I was hired at WQRP-FM in Dayton, OH as a production assistant (helping to record commercials and announcements) and DJ. In 1996, while still working at WQRP part time, I was hired as the assistant manager of The Home Theater Store in Dayton, OH, but that was cut short by the store going out of business. I then returned to full time work at WQRP as Music Director, Producer, DJ, and assistant engineer.

My interest in video had been sparked back in my teenage years, but it wasn't until I got my Mitsubishi VS-60803 (a 1st generation HDTV rear projector) that I really dove in head first. I learned a tremendous amount of info at the Home Theater SPoT!, and I spent so much time tweaking my TV that my wife Kaureen suggested that I do it for a living. Making a living doing something you consider a hobby is always a good thing; so in the summer of 2002 I received my training from the Imaging Science Foundation and got my test equipment together. I started out part time in 2002 while still working at the radio station, but I knew I had found the job I loved.  Home theater calibration has been my full time profession since New Year's day, 2004, and in April of 2010 I achieved THX Certified Professional Video Calibration status as well.